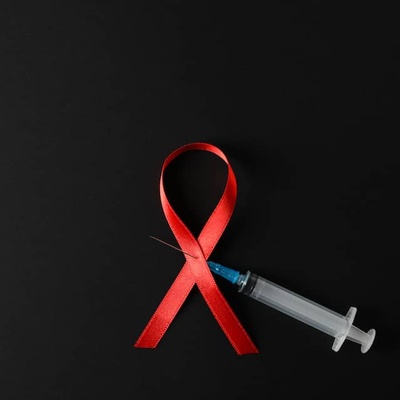 IN RESPONSE TO THE STRONG NEED FOR INNOVATION, data sharing and collaboration on HIV/AIDS and substance abuse research, the National Institute of Drug Abuse (NIDA) has funded a $5 million U24 coordinating center grant. Having extensive experience in the management and organization of HIV and substance abuse research, Professor Pamina Gorbach (MHS, DrPH) of the UCLA Fielding School of Public Health (FSPH) Department of Epidemiologywas awarded the five-year grant as lead Principal Investigator with Suzanne Siminski (MS, MBA), director of Frontier Science’s Amherst, New York Office as co-PI. “NIDA-funded HIV cohorts have been collecting well characterized data elements from key populations since the outset of the HIV/AIDS epidemic. We are excited to lead the first effort to link these rich datasets to enhance access of them to a broad range of researchers and leverage the cohorts’ combined sample size of approximately 12,000 participants. There is great opportunity to build on and expand the science on substance use and HIV with cross-cohort research efforts and we are so excited to create the infrastructure to do so utilizing a team science approach,” says Gorbach, pointing to the establishment of their data coordinating center: the Collaborating Consortium of Cohorts NIDA Producing Opportunities (C3PNO).

The Fielding School-based data coordinating center will facilitate high impact science by connecting researchers across NIDA-funded cohorts and developing a virtual biorepository that compiles data ranging from state-of-the-art bioinformatics on laboratory specimens to innovative assessment of behaviors. Since the beginning of the HIV epidemic, NIDA has created a unique group of researchers throughout North America to study how the virus affects and is affected by substance use. The NIDA-funded researchers’ work covers the role of drug use on the HIV epidemic, the importance of co-morbidities such as Hepatitis C, cardiovascular disease and more recently metabolic diseases. The data will be aggregated and maintained by the C3PNO center, which in turn will serve as a virtual clearinghouse to make the data elements and descriptions of biospecimens available to internal and external investigators. By partnering with Frontier Science, the center’s bioinformatics capacity is uniquely capable in the area of specimen data management. Applying Frontier Science’s high-end propriety file formatting software will ease the data sharing of millions of specimen across the cohorts and with the academic community and launch a virtual repository similar to the one they created for the National Institute of Allergy and Infectious Disease HIV Research Networks.

The center already has a vast set of data elements ready to share, including 40,000 specimens that were collected under the 2009-2012 NIDA-funded HIV/AIDS Study of primarily African-American and Latino Men who Have Sex with Men cohort known as mSTUDY (Minority Men Who have Sex With Men Cohort at UCLA Linking Infections Noting Effects [U01DA036267]), led by Gorbach and Steve Shoptaw, PhD, professor of family medicine at the UCLA David Geffen School of Medicine. As one of the ten cohorts that are part of C3PNO, mSTUDY’s success in the enrollment and (93%) retention of participants, deposit and storage of specimen data, and production of multiple spin-off research studies provides an insiders perspective to the leadership of C3PNO. Over the course of mSTUDY’s existence, 234 people who are HIV-positive, 239 HIV-negative and 4 people who seroconverted and consented to providing blood, hair, nail, saliva, and rectal fluid specimens for future analyses. These will be contributed to C3PNO’s cross-cohort virtual repository along with clinical, behavioral, and demographic data available for analysis.

Investigators who are interested in addressing questions specific to HIV and substance use in at-risk and HIV positive populations can submit data requests and receive more information by contacting Dr. Pamina Gorbach(pgorbach@ucla.edu) or Amy Ragsdale, Administrative Director of C3PNO (aeragsdale@mednet.ucla.edu). More information can be found on the C3PNO website.

The Coordinating Center for the HIV/AIDS and Substance Use Cohorts Program (U24) grant was awarded by the National Institutes of Health’s National Institute on Drug Abuse, and awarded to the University of California, Los Angeles with Dr. Pamina Gorbach as Project Principle Investigator.

UCLA researchers awarded $9.5 million to investigate how substance use may impact HIV transmission and progression