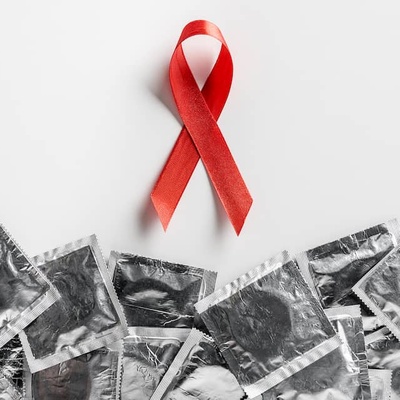 An increasing number of gay men and others at risk of HIV are seeking to protect their health with PrEP (pre-exposure prophylaxis), but the lack of PrEP provision and lack of regulatory approval in many countries is leading people to take PrEP without medical supervision and on an ad-hoc basis. This will undermine the safety and effectiveness of PrEP, Jerome Galea said as he presented results of the PrEP in the Wild survey to the HIV Research for Prevention (HIVR4P 2016) conference in Chicago yesterday.

“The official authorities are playing catch up and failing in their duty to protect public health,” commented the authors of a separate report on PrEP Access in Europe.

The PrEP in the Wild researchers wanted to gain a better understanding of the characteristics of PrEP users and of their practices, to inform the implementation of PrEP. The internet survey recruited a convenience sample of people who responded to recruitment on social media, through advocacy groups and on websites such as aidsmap.com.

The survey was launched in February 2016 and remains open to new participants. Interim results, with data up to the end of July, were presented.

The survey was completed by 262 PrEP users as well as 52 ‘frustrated users’ – individuals who had been unable to obtain PrEP at all. The vast majority of respondents were gay men. One quarter had a primary partner who was living with HIV.

While there were some responses from all parts of the world, most participants came from Western countries in which there has been PrEP activism, including the UK (90 respondents), the US (48), Australia (31) and France (13).

People who had been able to get hold of PrEP had a variety of motivations for use – and individuals often expressed more than one. They included wanting to ‘let go’ during sex (80%), to facilitate sex with partners of an unknown HIV status or partners who said they were HIV negative (76%), because they preferred sex without a condom (71%), because of fear of HIV (67%), as a back-up for condom use (48%), to facilitate sex with HIV-positive partners (47%), to use during a sex party (43%) and because a sexual partner preferred not to use condoms (27%).

Only 13% had been advised to use PrEP by a health professional.

People were resourceful in the ways they obtained PrEP. Just over half ordered generic medicines online, without a prescription. (This may partly reflect the strong participation in the survey of people living in the UK and Australia; importing medicines is legal in these countries but it is not in many others.)

A third obtained pills from a friend or someone they knew. This could be medicines that were prescribed for HIV treatment and which were no longer needed; some HIV-positive patients may have also obtained extra pills by stating that they had “lost their prescription”. One in five obtained medications for use as post-exposure prophylaxis (PEP) but used some of them as pre-exposure prophylaxis (PrEP).

Whereas 192 people saw a medical provider before starting PrEP, 62 did not. Among those who began PrEP without medical consultation, many omitted key procedures including kidney function monitoring (only done by 29%), HIV testing (done by 87%) and sexual health counselling (25%).

Most people were using either Truvada or a generic equivalent. While 5% did report using Atripla (which includes efavirenz alongside tenofovir disoproxil fumarate and emtricitabine), few people reported using other antiretrovirals.

One in five were following non-daily dosing. For some individuals this may reflect genuine choice, but for others it probably reflects the cost and difficulty of getting medication. Around a third of those aiming for daily dosing in fact had interruptions in their use. One in seven had shared pills with others.

The 52 respondents who couldn’t obtain PrEP cited a number of barriers, including its cost (mentioned by 60%), doctors’ refusal or inability to prescribe PrEP (50%) and importing PrEP being against the law in their country (35%).

“PrEP is not a DIY intervention,” commented Jerome Galea. He said that for PrEP to be safe and effective, regular medical monitoring and sexual health counselling is required. It is particularly important that the drugs are not taken after HIV seroconversion, which risks the development of drug resistance.

These problems were also described in PrEP Access in Europe, a report by the PrEP in Europe Initiative (a coalition of HIV organisations including NAM) that was launched at the conference. There is anecdotal evidence from countries across Europe of gay men obtaining PrEP in the ways described above.

In some countries, HIV doctors are prescribing Truvada off-label to small numbers of affluent HIV-negative people who can pay the full cost of the drug (around €400 or €500 a month). In countries with more restrictive policies or attitudes, individuals are smuggling drugs from other countries or obtaining them in underhand ways, as these respondents described:

“The only legal way to do this is to travel to the UK and bring the pills with you in your own luggage. That’s quite a barrier, so people are asking friends in the UK to receive the order and send on privately, or using parcel forward delivery services that use a UK PO box then forward the parcel to Germany from there.”

“There are anecdotal stories about some people living with HIV giving their Truvada to negative friends and asking for an extra bottle saying they have lost it. It is possible this is happening, but at a very small scale, as it would be noticed by the clinic if it were on larger scale. We only have one clinic and pharmacy with HIV drugs in Croatia.”

“We did hear stories of people selling Truvada on a party bus coming from Paris going to Brussels to a gay party.”

“Without official PrEP approval and roll-out within health care and community settings, many gay men will end up taking a few pills of Truvada without knowing their HIV status, STI status, renal health and risk factors,” the authors comment. “Many of them may take PrEP needlessly, or worse, within an acute HIV infection phase. These men may also be vulnerable to being sold counterfeit versions of Truvada as a black market emerges.”

The PrEP in Europe Initiative calls on European governments to make PrEP available to populations at imminent risk of HIV, as a matter of urgency.

Galea J et al. “PrEP in the Wild” – Preliminary Results from a Global Survey on “Informal” PrEP Use in Settings where it is Approved and where it is Not. HIV Research for Prevention (HIVR4P) 2016 conference, Chicago, abstract PD04.04LB, 2016.

The PrEP in the Wild survey is still open and would like to hear from other people taking PrEP in these circumstances.